The Land of the Hidden Men Sented by Jacob 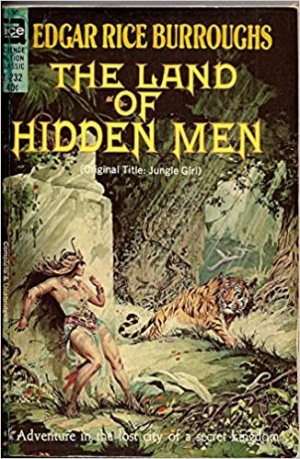 The Land of the Hidden Men

Asia, vast continent of ancient civilizations and mysterious peoples, has many corners little known to the rest of the world
Download book (epub - 868.17 KB)
This link for educational purpose only. Please remove file from your computer after familiarization.

Asia, vast continent of ancient civilizations and mysterious peoples, has many corners little known to the rest of the world. Once such was the jungle-hidden heart of exotic Cambodia, where Gordon King, a daring American explorer, stumbled upon the thousand-year old secret kingdom of The Land of Hidden Men. Edgar Rice Burroughs, whose Tarzan tales have enthralled millions, has written a novel of another such jungle hero that is as exciting, as adventure-packed and as imaginative at his best. The dangers Gordon King faced, his recuse of a jungle princess, and his combat against the perils of the lost city of Pnom Dhek are first-rate Burroughs to the last exciting line.

THE HOUR OF BATTLE

Meeting of the Board

The Crack of Doom

The Scales of Injustice