The Last Lords of Gardonal Sented by Steve Bark 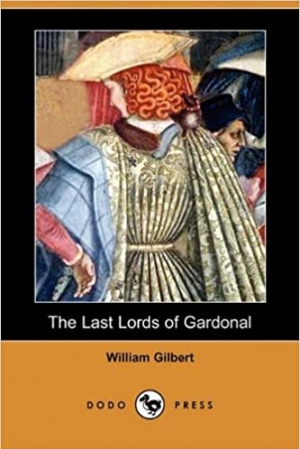 William Gilbert (1804-1890) was an English novelist and Royal Navy surgeon, and the author of novels, biographies, histories and several popular fantasy stories, mostly in the 1860s and 1870s.
Download book (pdf - 270.59 KB)
This link for educational purpose only. Please remove file from your computer after familiarization.

William Gilbert (1804-1890) was an English novelist and Royal Navy surgeon, and the author of novels, biographies, histories and several popular fantasy stories, mostly in the 1860s and 1870s. He is perhaps best remembered, however, as the father of dramatist W. S. Gilbert of Gilbert and Sullivan. He was concerned, throughout his life, with the welfare of the poor and served as honorary secretary of the Society of the Relief of Distress. One of his recurring themes in his works was that poverty, not genealogy, was the major cause of crime and the main factor in one's later fortunes. His first novel was Christmas Tale: The Rosary, a Legend of Wilton Abbey (1863). Among his bestknown, and most popular, works were his Innominato tales of the supernatural, published in various magazines, including Argosy, and finally collected in The Wizard of the Mountain (1867). One of the best-known is The Last Lords of Gardonal (1867). His other works include: The Doctor of Beauweir: An Autobiography (1868), King George's Middy (1869), Lucrezia Borgia: Duchess of Ferrara (1869), Martha (1871) and Disestablishment from a Church Point of View (1875).

Undine Told to the Children

The Story of Doctor Dolittle