The Last Trail Sented by Jacob 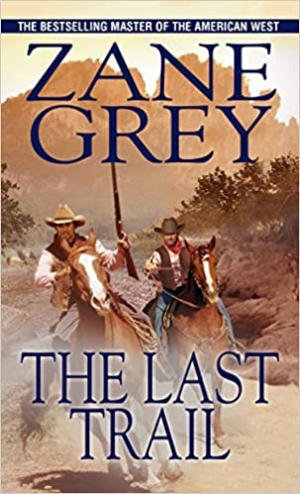 Zane Grey is unmatched in his ability to bring to life the harsh beauty of the frontier west and the passions of men and women who made a wilderness into their home.
Download book (pdf - 803.92 KB)
This link for educational purpose only. Please remove file from your computer after familiarization.

Trail Of Blood And Tears

In the aftermath of Revolutionary War, the Western frontier is the lush, wild Ohio River Valley. Here, a rare breed of bordermen push deep into Indian territory, while settlers pour in behind them. Jonathan Zane and Lewis Wetzel are two such bordermen. And George Sheppard and his daughter are such pioneers--living on the edge of all-out Indian war with constant, terrifying raids. But at Fort Henry someone within the settler community poses the gravest threat of all. When a beautiful young woman is targeted, the two bordermen, each driven by their own motives, enter a duel with an enemy who leads them into the wilderness and back. . .to one final moment of horrific violence. . .

"In a changing world it is comforting. . .and entertaining to spend a little while in the company of Zane Grey." --New York Times

"Zane Grey epitomized the mythical West that should have been." --True West

"Grey was a champion of the American wilderness and the men and women who tamed the Old West."--Booklist

Two on the Trail

The Triumphs of Eugene Valmont

In the King's Name

Tarzan and the Lion Man