The Laughing Prince Sented by Rebecca 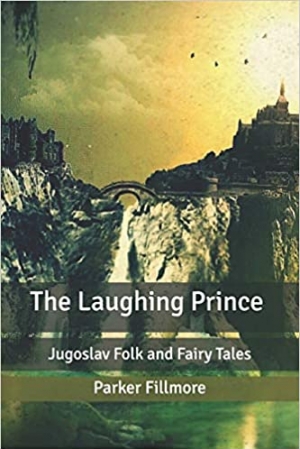 In calling this A Book of Jugoslav Fairy Tales and Folk Tales I have used the word Jugoslav in its literal sense of Southern Slav.
Download book (pdf - 786.75 KB)
This link for educational purpose only. Please remove file from your computer after familiarization.

In calling this A Book of Jugoslav Fairy Tales and Folk Tales I have used the word Jugoslav in its literal sense of Southern Slav. The Bulgars are just as truly Southern Slavs as the Serbs or Croats or any other of the Slav peoples now included within the state of Jugoslavia. Moreover in this case it would be particularly difficult to make the literary boundaries conform strictly to the political boundaries since much the same stories and folk tales are current among all these Slav peoples of the Balkan Peninsula. The special student taking the variants of the same story might discover special differences that would mark each variant as the product of some one locality. The work of such a student would have philological and ethnological value but not a very strong appeal to the general reader. My appeal is first of all to the general reader to the child who loves fairy tales and to the adult who loves them. I hope they will both find these stories entertaining and amusing quite aside from any interest in their source. Yet these tales as presented do give the reader a true idea of the amazing vigor and the artistic inventiveness of the Jugoslav imagination, and also of the various influences, Oriental and Northern as well as Slavic, which have made that imagination what it is to-day. Here are gay picaresque tales of adventure how they go on and on and on! charming little stories of sentiment, a few folk tales of stark simplicity and grim humor, one story showing a superficial Turkish influence, and one spiritual allegory as deep and moving as anything in the Russian.

Day of the Druid

The McKinsey Mind: Understanding and Implementing the Problem-Solving Tools and Management Techniques of the World's Top Strategic Consulting Firm Sented by Sarah Gerdes

Programming for Computations - Python: A Gentle Introduction to Numerical Simulations with Python 3.6 Sented by Emma