The Lost City Sented by Daniel 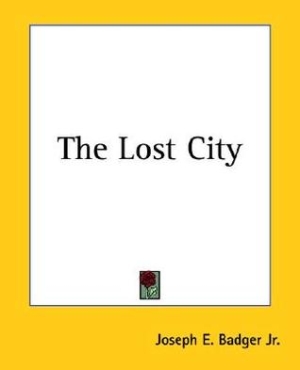 A fantastic tale of a flying machine and the lost city of the Aztecs.
Download book (pdf - 767.77 KB)
This link for educational purpose only. Please remove file from your computer after familiarization.

Bruno and Waldo Gillespie are orphaned brothers living with the extremely eccentric Professor Phaeton Featherwit. One day they set off in one of the professor’s machines to investigate a tornado at close range and accidentally get sucked into it! They are then transported by the tornado and find themselves in a barren, uncharted wasteland wherein lies a city– a long lost Aztec city!

I say, professor? "Very well, Waldo; proceed." "Wonder if this isn't a portion of the glorious climate, broken loose from its native California, and drifting up this way on a lark?" "If so, said lark must be roasted to a turn," declared the third (and last) member of that little party, drawing a curved fore-finger across his forehead, then flirting aside sundry drops of moisture. "I can't recall such another muggy afternoon, and if we were only back in what the scientists term the cyclone belt -" "We would be all at sea," quickly interposed the professor, the fingers of one hand vigorously stirring his gray pompadour, while the other was lifted in a deprecatory manner. "At sea, literally as well as metaphorically, my dear Bruno; for, correctly speaking, the ocean alone can give birth to the cyclone."

The Cat of Bubastes

The Green Eyes of Bast

HTML5 and CSS3: Level Up with Today's Web Technologies Sented by Daniel