The Man Sented by Emma 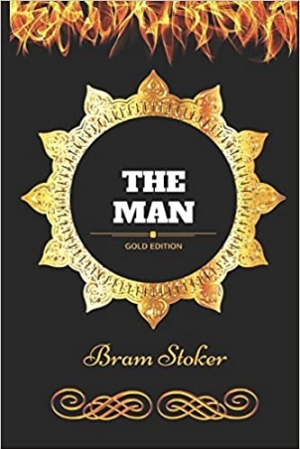 The Man is a 1905 Victorian novel by Bram Stoker, best known for Dracula. A typical Gothic novel, it features horror and romance. The Man has also been published as The Gates of Life. Plot: Squire Stephen Norman is lord of the manor in Normanstead.
Download book (pdf - 1.12 MB)
This link for educational purpose only. Please remove file from your computer after familiarization.

The Man is a 1905 Victorian novel by Bram Stoker, best known for Dracula. A typical Gothic novel, it features horror and romance. The Man has also been published as The Gates of Life. Plot: Squire Stephen Norman is lord of the manor in Normanstead. He marries Margaret Rowly, younger sister of his friend Rowly (squire of the neighboring town). Desirous of an heir, Norman and Margaret have a baby girl and Margaret dies shortly after the birth. Norman promises her that he will love their daughter as much as he would have loved a son, and Margaret asks him to name the girl Stephen. Squire Norman his daughter Stephen as a tomboy. Margaret's spinster aunt Laetitia Rowly moves in to help care for Stephen, who is dominant, assertive and free-thinking. When Stephen is six, Norman's visiting college friend Dr. Wolf tells her about his 11-year-old son Harold. The girl asks Wolf to bring Harold on a future visit, and the children become friends. Two years later, Dr. Wolf dies of pneumonia and Squire Norman promises to raise Harold as if he were his own son. Stephen and Harold visit the graveyard of the Church of St. Stephen in Normanstead (where all her ancestors are buried), and find the crypt unlocked. Stephen and another young boy, Leonard Everard, explore the crypt. Harold finds Leonard running out of the crypt and Stephen unconscious on the floor in front of a coffin. Leonard tells her that he carried her out of the crypt, and she begins to admire him. Harold goes to Cambridge University and begins to fall in love with Stephen, who admires Leonard (who he is selfish and uninterested in her). She tells her appalled aunt that a woman should be able to ask a man to marry her. After graduation, Harold moves back to Squire Norman's estate. He and Norman are involved in a phaeton accident, in which Norman is fatally injured. Before he dies, he tells Harold to look after Stephen and gives him his blessing to marry her if she wishes. Stephen decides to propose to Leonard, asking him in a letter to meet her. Leonard refuses her proposal, and she is humiliated. He tells an incredulous, upset Harold about Stephen's proposal, and Harold proposes to her the next morning. Stephen, aware that Harold knows about her rejected proposal, becomes angry and tells him to leave. When she tells Leonard that in exchange for his silence she will pay his debts, he realizes the advantages of marrying her. He proposes, and she rejects him.

The Black Moth A Romance of the XVIII Century

The Cure for Everything: Untangling Twisted Messages about Health, Fitness, and Happiness Sented by Michael