The Metal Monster Sented by Emma 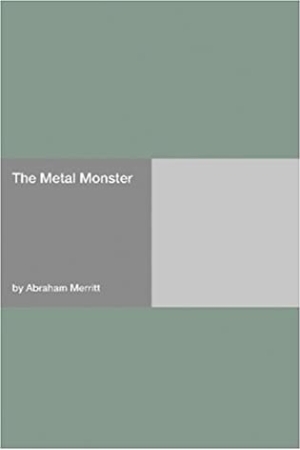 "Dr. Goodwin is on a botanical expedition in the Himalayas. There he meets Dick Drake, the son of one of his old science acquaintances.
Download book (pdf - 1.07 MB)
This link for educational purpose only. Please remove file from your computer after familiarization.

"Dr. Goodwin is on a botanical expedition in the Himalayas. There he meets Dick Drake, the son of one of his old science acquaintances. They are witnesses of a strange aurora-like effect, but seemingly a deliberate one. As they go out to investigate, they meet Goodwin's old friends Martin and Ruth Ventnor, brother and sister scientists. The two are besieged by Persians as Darius III led when Alexander of Macedon conquered them more than two thousand years ago.The group is saved by a magnificent woman they get to know as Norhala. She commands the power of lightning and controls strange metal animate Things, living, metallic, geometric forms; an entire city of sentient cubes, globes and tetrahedrons, capable of joining together and forming colossal shapes, and wielding death rays and other armaments of destruction."

Tales of the Fish Patrol