The Mummy Returns Sented by Musa 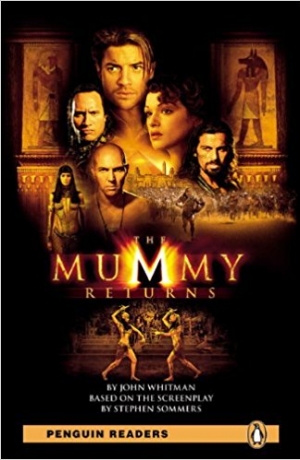 John Whitman is an American novelist who has written many books for films and television series. The Mummy Returns is originally a 2001 American movie. The screenplay was written by Stephen Sommers.
Download book (pdf - 7.93 MB)
This link for educational purpose only. Please remove file from your computer after familiarization.

The archeologist, Evelyn O’Connell, (who was Nefertiri in the past) is married to Rick O’Connell (an important man in the past with great powers). They met in Egypt in 1923. Rick saved Evelyn from the mummy of Imhotep who tried to kill her. Then Rick and Evelyn returned to England, they married and had a son, Alex. Now it is 1933 and they are back in Egypt with Alex. They find the Bracelet of Anubis (god of the dead), which gives great power to anyone who wears it. It helped the Scorpion King 6,000 years ago. Now he will be waking up in the Year of the Scorpion. He wants to control the world and kill everyone unless someone can kill him first.

Terror of the Nightwatchman (Scream Street #9)

Year of the Big Thaw

Tom Swift Among the Firefighters