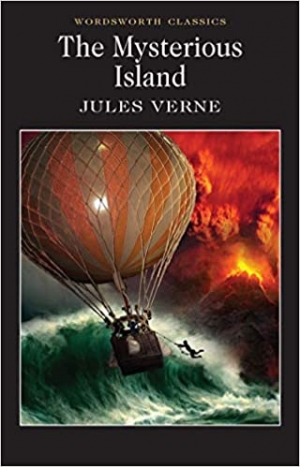 The book tells the adventures of five American prisoners of war on an uncharted island in the South Pacific. Begining in the American Civil War, as famine and death ravage the city of Richmond, Virginia, five northern POWs decide to escape in a rather unusual way – by hijacking a balloon! This is only the beginning of their adventures...
Download book (pdf - 1.62 MB)
This link for educational purpose only. Please remove file from your computer after familiarization.

With an Introduction by Alex Dolby Jules Verne (1828-1905) is internationally famous as the author of a distinctive series of adventure stories describing new travel technologies which opened up the world and provided means to escape from it. The collective enthusiasm of generations of readers of his extraordinary voyages was a key factor in the rise of modern science fiction. In The Mysterious Island a group of men escape imprisonment during the American Civil War by stealing a balloon. Blown across the world, they are air-wrecked on a remote desert island. In a manner reminiscent of Robinson Crusoe, the men apply their scientific knowledge and technical skill to exploit the island s bountiful resources, eventually constructing a sophisticated society in miniature. The book is also an intriguing mystery story, for the island has a secret...

A Thief in the Night

Sexual Ideology in the Works of Alan Moore

Daughters of the Vicar

Sleigh Rides and Silver Bells at the Christmas Fair