The Novel of the White Powder Sented by Emma 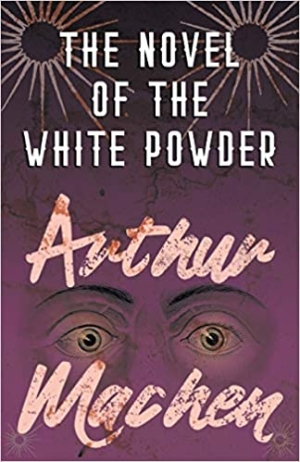 A man's behavior takes a strange turn when he begins to take a new prescription. His sister can't decide if this is for the better or for the worse...
Download book (pdf - 188.12 KB)
This link for educational purpose only. Please remove file from your computer after familiarization.

"The Novel of the White Powder" is a short story by Welsh author Arthur Machan, first published in his novel "The Three Imposters" (1895). The story concerns a man whose behaviour alters dramatically as the result a change in his prescription. However, even though some of these changes are indubitably for the better, his sister remains sceptical-and with good reason. Arthur Machen (1863 - 1947) was a Welsh author and renowned mystic during the 1890s and early 20th century who garnered literary acclaim for his contributions to the supernatural, horror, and fantasy fiction genres. His seminal novella "The Great God Pan" (1890) has become a classic of horror fiction, with Stephen King describing it as one of the best horror stories ever written in the English language. Other notable fans of his gruesome tales include William Butler Yeats and Arthur Conan Doyle; and his work has been compared to that of Robert Louis Stevenson, Bram Stoker, and Oscar Wilde. Many vintage books such as this are increasingly scarce and expensive. It is with this in mind that we are republishing this volume now in an affordable, modern, high-quality edition complete with a specially-commissioned new biography of the author.