The Pagan Madonna Sented by Emma 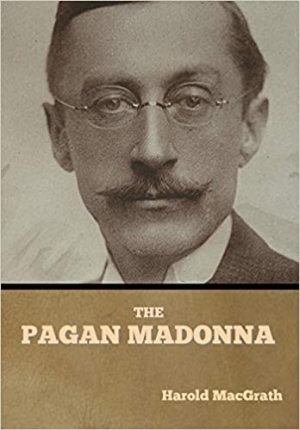 Theft, a kidnapping, a beautiful young woman, a yacht captain... Can a longing for adventure be quenched, can a hardened heart be melted, would you believe in chance, romance.
Download book (pdf - 833.64 KB)
This link for educational purpose only. Please remove file from your computer after familiarization.

Harold MacGrath (1871-1932) was a bestselling American novelist, short story writer, and screenwriter. As a young man, he worked as a reporter and columnist on the Syracuse Herald newspaper until the late 1890s when he published his first novel, a romance titled Arms and the Woman (1899). According to the New York Times, his next book, The Puppet Crown (1901) was the No. 7 bestselling book in the United States in 1901. From that point on, MacGrath never looked back, writing novels for the mass market about love, adventure, mystery, spies, and the like at an average rate of more than one a year. …

A review of “The Pagan Madonna”

… I found the story a very enjoyable drama with the characters deftly handled. It is an end of the war story as a young woman and a captain are returning to America from Russia and they get caught up in a grand theft and kidnapped aboard a yacht of an art collector, which is where things are to get really interesting. (Dave from Calgary)

The Adventures of Gerard

The Riflemen of the Ohio

Out of the Earth