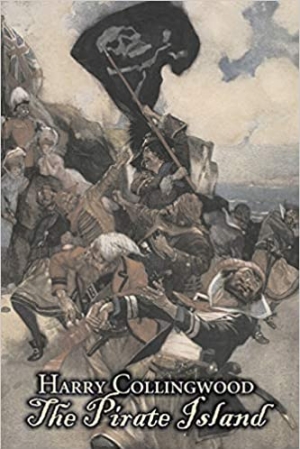 "A capital story of the sea; indeed in our opinion the author is superior in some respects as a marine novelist to the better known Mr. Clarke Russell."--The Times.
Download book (pdf - 1.37 MB)
This link for educational purpose only. Please remove file from your computer after familiarization.

"A capital story of the sea; indeed in our opinion the author is superior in some respects as a marine novelist to the better known Mr. Clarke Russell."--The Times.This story details the adventures of a lad who was found in his infancy on board a wreck, and is adopted by, and brought up as, a fisherman. By a deed of true gallantry his whole destiny is changed, and, going to sea, he forms one of a party who, after being burned out of their ship in the South Pacific, and experiencing great hardship and suffering in their boats, are picked up by a pirate brig and taken to the "Pirate Island." After many thrilling adventures, they ultimately succeed in effecting their escape. The story depicts both the Christian and the manly virtues in such colours as will cause them to be admired—and therefore imitated. There is not a single objectionable expression or suggestion throughout the book; and it abounds in adventures of just the kind that are most eagerly devoured by juvenile readers.

A Daughter of the Snows

Arms and the Man A Pleasant Play

The Marble Faun . By: Nathaniel Hawthorne ( romance, the last by Hawthorne )

The Thing with Feathers