The Prisoner of Zenda Sented by Luis 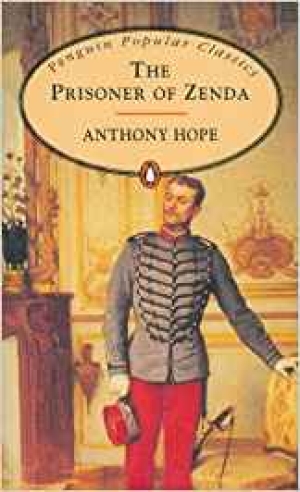 This adventure novel tells the story of Rudolf Rassendyll, younger brother of the Earl of Burlesdon and a distant cousin of Rudolf V, the new King of Ruritania. King Rudolf is a hard-drinking, feckless playboy, unpopular with the common people, but supported by the aristocracy. When Rudolf is abducted and imprisoned on the order of the Duke of Streslau, Rassendyll has to impersonate the King at his coronation. There are various plots and counter-plots, with the schemings of the Duke's mistress Antoinette de Mauban, and of the villainous henchman Rupert of Hentzau, complicated by Rassendyll's romance with Princess Flavia, the King's betrothed.
Download book (pdf - 796.77 KB)
This link for educational purpose only. Please remove file from your computer after familiarization.

London to fast-moving adventures in Ruritania, a mythical land steeped in political intrigue.

Rassendyll bears a striking resemblance to Rudolf Elphberg who is about to be crowned King of Ruritania. When the rival to the throne, Black Michael of Strelsau, attempts to seize power by imprisoning Elphberg in the Castle of Zenda, Rassendyll is obliged to impersonate the King to uphold the rightful sovereignty and ensure political stability.

Rassendyll endures a trial of strength in his encounters with the notorious Rupert of Hentzau, and a test of a different sort as he grows to love the Princess Flavia.

Five times filmed, The Prisoner of Zenda has been deservedly popular as a classic of romance and adventure since its publication in 1894.

World of the Drone