The Puppet Crown Sented by Emma 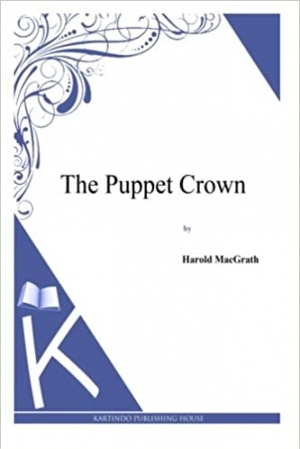 About the Author- Harold MacGrath (September 4, 1871 - October 30, 1932) was a bestselling American novelist, short story writer, and screenwriter. Also known occasionally as Harold McGrath, he was born in Syracuse, New York.
Download book (epub - 953.51 KB)
This link for educational purpose only. Please remove file from your computer after familiarization.

About the Author- Harold MacGrath (September 4, 1871 - October 30, 1932) was a bestselling American novelist, short story writer, and screenwriter. Also known occasionally as Harold McGrath, he was born in Syracuse, New York. As a young man, he worked as a reporter and columnist on theSyracuse Herald newspaper until the late 1890s when he published his first novel, a romance titled Arms and the Woman. According to the New York Times, his next book, The Puppet Crown, was the No.7 bestselling book in the United States for all of 1901. From that point on, MacGrath wrote novels for the mass market about love, adventure, mystery, spies, and the like at an average rate of more than one a year. He would have three more of his books that were among the top ten bestselling books of the year. At the same time, the penned a number of short stories for major American magazines such as The Saturday Evening Post, Ladies Home Journal, and Red Book magazine. Several of MacGrath's novels were serialized in these magazines and contributing to them was something he would continue to do until his death in 1932. -

A Journey to the Centre of the Earth

The Bradys and the Girl Smuggler

The Facts in the Case of M. Valdemar

The Next Time We Die