The Rainbow Trail Sented by Jacob 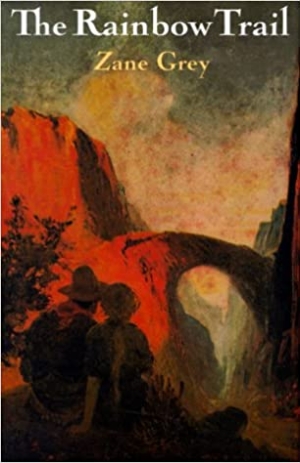 The story of a young clergyman who becomes a wanderer in the great western uplands--until at last love and faith awake. Sequel to Riders of the Purple Sage.
Download book (pdf - 1.14 MB)
This link for educational purpose only. Please remove file from your computer after familiarization.

Originally published in 1915, The Rainbow Trail is the sequel to Riders of the Purple Sage (also a Bison Book). At the end of that famous novel, a huge boulder had rolled down to shut off the entrance to Surprise Valley, leaving Lassiter, Jane Withersteen, and little Fay Larkin to a singular fate. Twenty years later a lanky Illinois preacher named John Shefford, disillusioned with the narrow-mindedness of his congregation, appears in Arizona. At a “sealed-wife” village, where Mormons hide the practice of polygamy from the federal government, he picks up the trail of the grown-up Fay. Thus begins an exciting story of captivity, treachery, and last-minute escape.

Critics praised Zane Grey’s trademarks: his depictions of action and his lush descriptions of the Old West. In The Rainbow Trail, the former dentist who became the most popular western writer of all time is under “the spell of the desert.”

A Hundred Years Hence - The Expectations Of An Optimist

The Rover Roys on the Ocean

The Man Whom the Trees Loved

Arm of the Law

The Lesson of the Master