The Red One Sented by Christopher 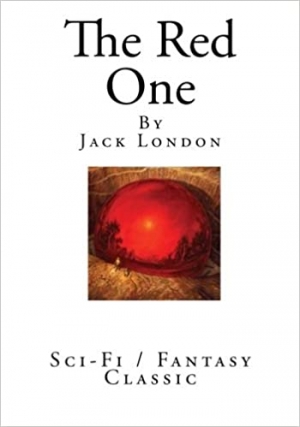 The Red One - By Jack London - Sci-Fi / Fantasy Classic. "The Red One" is a short story by Jack London. It was first published in the October 1918 issue of The Cosmopolitan, two years after London's death.
Download book (epub - 704.70 KB)
This link for educational purpose only. Please remove file from your computer after familiarization.

The Red One - By Jack London - Sci-Fi / Fantasy Classic. "The Red One" is a short story by Jack London. It was first published in the October 1918 issue of The Cosmopolitan, two years after London's death. The story was reprinted in the same year by MacMillan, in a collection of London's stories of the same name. The story is told from the perspective of a scientist called Bassett, who is on an expedition in the jungle of Guadalcanal to collect butterflies. The "Red One" of the title refers to a giant red sphere, of apparently extraterrestrial origin, that the headhunting natives worship as their god and to which they perform human sacrifices. Bassett becomes obsessed with the Red One and in the end is sacrificed himself. The story's theme was suggested to London by his friend George Sterling: a message is sent from an alien civilization but is lost in the wilderness. There are parallels to Joseph Conrad's short novel Heart of Darkness. Critics have noted the possible influence of Carl Jung on the story, as London became aware of Jung's ideas at around the time of writing "The Red One" in 1916. The story makes an enigmatic reference to helmeted figures, perhaps the Red One's alien crew. Here, London may have anticipated the ancient astronauts of science fiction and pseudoscience.

The Raid on the Termites

The Helpful Hand of God