The Return of the Mucker Sented by Daniel 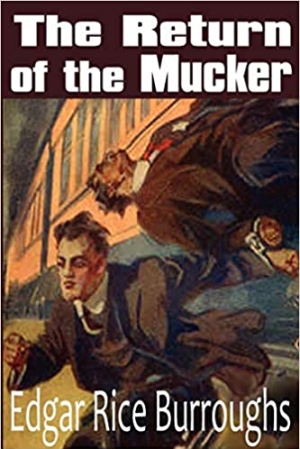 The Return of the Mucker

A slashing novel of two-fisted adventure!
Download book (pdf - 764.92 KB)
This link for educational purpose only. Please remove file from your computer after familiarization.

The Return of the Mucker - The Mucker spent his life fighting. He fought his way out of the worst of Chicago's slums, he fought his way out of a jail sentence for a murder he didn't commit. Then, forced to fight for his freedom, destiny led him through a startling series of further adventures to Mexico -- and a fight for his life in the middle of a bloody revolution. Like two thieves they crept along in the shadow of the canyon wall. Inwardly Billy cursed the darkness of the night which hid from view everything more than a few paces from them. Yet it might have been this very darkness which would help save them, since it hid them as effectually from an enemy as it hid the enemy from them. The Mucker begun as a series in All-Story Weekly followed by The Return of the Mucker. The book version was first published in 1921. In 1917, Burroughs wrote a third Mucker story entitled The Oakdale Affair featuring the Return of The Mucker sidekick, Bridge. Edgar Rice Burroughs was an American author, best known for his creation of the jungle hero Tarzan, "Lost worlds" and the heroic Mars adventurer John Carter.

The Defenders Of Democracy