The Robot and One You Love Sented by Christopher 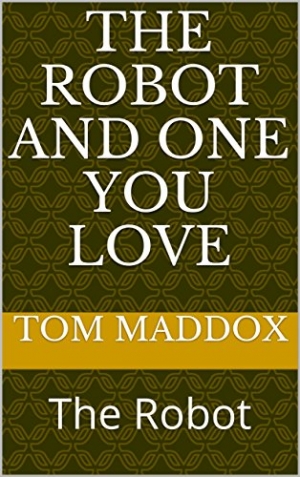 Tom Maddox is an American science fiction writer, known for his part in the early cyberpunk movement.
Download book (epub - 69.42 KB)
This link for educational purpose only. Please remove file from your computer after familiarization.

Tom Maddox is an American science fiction writer, known for his part in the early cyberpunk movement. His first novel was Halo (ISBN 0-312-85249-5), published in 1991 by Tor Books. His story Snake Eyes appeared in the 1986 collection Mirrorshades, edited by Bruce Sterling. He is perhaps best-known as a friend and writing partner of William Gibson; they wrote two episodes of the X-Files together, "Kill Switch" and "First Person Shooter". Maddox is the originator of the term Intrusion Countermeasures Electronics (or ICE). According to Maddox, he coined the term in the manuscript of an unpublished story that he showed to William Gibson at a science fiction convention in Portland, Oregon. Gibson asked permission to use the acronym, and Maddox agreed. The term was then used in Gibson's early short stories and eventually popularized in the novel Neuromancer, in which Maddox was properly acknowledged....

The Giants from Outer Space

The Knights of Arthur

Day of the Moron