The Room In the Dragon Volant Sented by Daniel 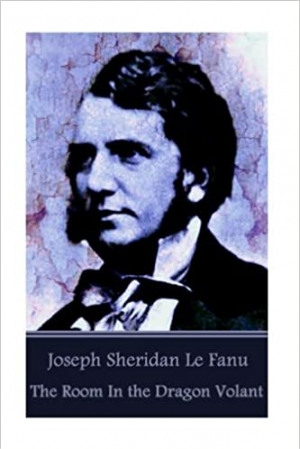 Joseph Thomas Sheridan Le Fanu was born on August 28th, 1814, at 45 Lower Dominick Street, Dublin, into a literary family with Huguenot, Irish and English roots. The children were tutored but, according to his brother William, the tutor taught them little if anything. Le Fanu was eager to learn and used his father's library to educate himself about the world.
Download book (epub - 150.47 KB)
This link for educational purpose only. Please remove file from your computer after familiarization.

Joseph Thomas Sheridan Le Fanu was born on August 28th, 1814, at 45 Lower Dominick Street, Dublin, into a literary family with Huguenot, Irish and English roots. The children were tutored but, according to his brother William, the tutor taught them little if anything. Le Fanu was eager to learn and used his father's library to educate himself about the world. He was a creative child and by fifteen had taken to writing poetry. Accepted into Trinity College, Dublin to study law he also benefited from the system used in Ireland that he did not have to live in Dublin to attend lectures, but could study at home and take examinations at the university as and when necessary. This enabled him to also write and by 1838 Le Fanu's first story The Ghost and the Bonesetter was published in the Dublin University Magazine. Many of the short stories he wrote at the time were to form the basis for his future novels. Indeed, throughout his career Le Fanu would constantly revise, cannabilise, embellish and re-publish his earlier works to use in his later efforts. Between 1838 and 1840 Le Fanu had written and published twelve stories which purported to be the literary remains of an 18th-century Catholic priest called Father Purcell. Set mostly in Ireland they include classic stories of gothic horror, with grim, shadowed castles, as well as supernatural visitations from beyond the grave, together with madness and suicide. One of the themes running through them is a sad nostalgia for the dispossessed Catholic aristocracy of Ireland, whose ruined castles stand in mute salute and testament to this history. On 18 December 1844 Le Fanu married Susanna Bennett, the daughter of a leading Dublin barrister. The union would produce four children. Le Fanu was now stretching his talents across the length of a novel and his first was The Cock and Anchor published in 1845. A succession of works followed and his reputation grew as well as his income. Unfortunately, a decade after his marriage it became an increasing source of difficultly. Susanna was prone to suffer from a range of neurotic symptoms including great anxiety after the deaths of several close relatives, including her father two years before. In April 1858 she suffered an "hysterical attack" and died in circumstances that are still unclear. The anguish, profound guilt as well as overwhelming loss were channeled into Le Fanu’s work. Working only by the light of two candles he would write through the night and burnish his reputation as a major figure of 19th Century supernaturalism. His work challenged the focus on the external source of horror and instead he wrote about it from the perspective of the inward psychological potential to strike fear in the hearts of men. A series of books now came forth: Wylder's Hand (1864), Guy Deverell (1865), The Tenants of Malory (1867), The Green Tea (1869), The Haunted Baronet (1870), Mr. Justice Harbottle (1872), The Room in the Dragon Volant (1872) and In a Glass Darkly. (1872). But his life was drawing to a close. Joseph Thomas Sheridan Le Fanu died in Merrion Square in his native Dublin on February 7th, 1873, at the age of 58.

The Man with Two Left Feet & Other Stories - From the Manor Wodehouse Collection, a Selection from the Early Works of P. G. Wodehouse

The Six Fingers of Time

The Last Letter from Your Lover Sented by Jacob