The Runaway Skyscraper Sented by Luis 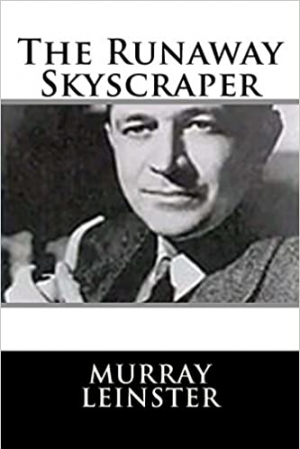 "The Runaway Skyscraper" is a science fiction short story by Murray Leinster that first appeared in the February 22, 1919 issue of Argosy magazine. "The Runaway Skyscraper" concerns Arthur Chamberlain, an engineer who works in a midtown Manhattan office building called the Metropolitan Tower.
Download book (epub - 68.89 KB)
This link for educational purpose only. Please remove file from your computer after familiarization.

"The Runaway Skyscraper" is a science fiction short story by Murray Leinster that first appeared in the February 22, 1919 issue of Argosy magazine. "The Runaway Skyscraper" concerns Arthur Chamberlain, an engineer who works in a midtown Manhattan office building called the Metropolitan Tower. When the sun suddenly begins moving backwards in the sky, setting rapidly in the east, he is the only one to realize what is actually happening: a flaw in the rock beneath the building has caused it to subside, but instead of moving in space, the building is falling backwards into the past. When the subsidence finally ends, the building is located several thousand years in the past, and its 2000-odd inhabitants find themselves stranded in pre-Columbian Manhattan. Chamberlain also realizes that the same seismic forces that caused the building to drop back into the past can also be used to return it to the present, but that doing so will require several weeks of intensive work by the building's inhabitants, and in the meantime they must concentrate on feeding themselves. Chamberlain convinces the president of a bank on the first floor that he can return them to the present, and together they are able to organize the other inhabitants into hunting and fishing parties. Two weeks later, Chamberlain is ready to implement his plan. He forces a jet of soapy water into an artesian well beneath the building, and this allows the pressure that has built up in the rock to be released. The building travels forward in time again, returning to the exact moment when it began to travel into the past.

Children Of The Frost

Murder in the Gunroom

The Light That Lies