The Scalp Hunters Sented by Daniel 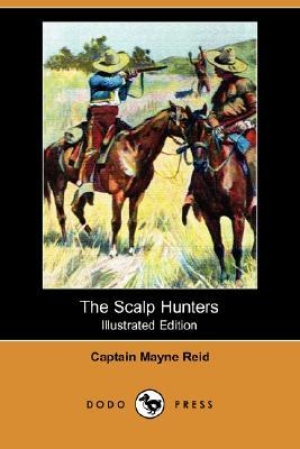 Thomas Mayne Reid (1818-1883), was an Irish- American novelist. "Captain" Reid wrote many adventure novels akin to those written by Frederick Marryat and Robert Louis Stevenson.
Download book (pdf - 1.43 MB)
This link for educational purpose only. Please remove file from your computer after familiarization.

Thomas Mayne Reid (1818-1883), was an Irish- American novelist. "Captain" Reid wrote many adventure novels akin to those written by Frederick Marryat and Robert Louis Stevenson. These novels contain action that takes place primarily in untamed settings: the American West, Mexico, South Africa, the Himalayas, and Jamaica. Reid had his first poem published in Godey's Lady's Book under the pseudonym "A Poor Scholar." Books such as The Young Voyagers (1853) had great popularity, especially with boys. He was also very popular around the world; his tales of the American West captivated children everywhere, including Europe and Russia. Among his books, many of which were popular in translation in Poland and Russia, were The Rifle Rangers (1850), Scalp Hunters (1851), Boy Hunters (1853), War Trail (1851), Boy Tar (1859), and Headless Horseman (1865/6).

Diane of the Green Van

Call of the Cumberlands

HTML5 and CSS3 All-in-One For Dummies Sented by Shon

Data Structures and Algorithms in Python Sented by Sarah Gerdes