The Secret of Kralitz Sented by Jacob 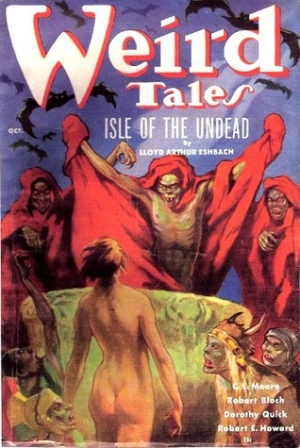 A story of the shocking revelation that came to the twenty-first Baron Kralitz.
Download book (pdf - 269.84 KB)
This link for educational purpose only. Please remove file from your computer after familiarization.

A story of the shocking revelation that came to the twenty-first Baron Kralitz.

Henry Kuttner (1915 - 1958) was an American author of science fiction, fantasy and horror. Kuttner was known for his literary prose and worked in close collaboration with his wife, C. L. Moore. They met through their association with the "Lovecraft Circle", a group of writers and fans who corresponded with H. P. Lovecraft. Their work together spanned the 1940s and 1950s and most of the work was credited to pseudonyms, mainly Lewis Padgett and Lawrence O'Donnell. Both freely admitted that they collaborated in part because his page rate was higher than hers. In fact, several people have written or said that she wrote three stories which were published under his name. "Clash by Night" and The Portal in the Picture (Beyond Earth's Gates) are sometimes attributed to her. In the mid-1940s Kuttner contributed numerous scripts to the Green Lantern comic book.

There is a Reaper ..