The Shadow of the Wolf Sented by Rebecca 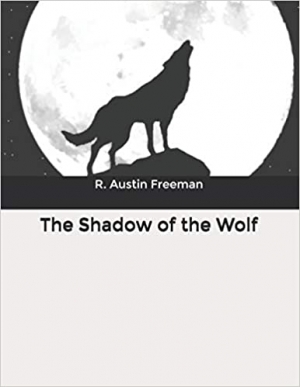 The Shadow of the Wolf

ABOUT half-past eight on a fine, sunny June morning a small yacht crept out of Sennen Cove, near the Land's End, and headed for the open sea.
Download book (epub - 842.41 KB)
This link for educational purpose only. Please remove file from your computer after familiarization.

ABOUT half-past eight on a fine, sunny June morning a small yacht crept out of Sennen Cove, near the Land's End, and headed for the open sea. On the shelving beach of the Cove two women and a man, evidently visitors (or "foreigners," to use the local term), stood watching her departure with valedictory waving of cap or handkerchief; and the boatman who had put the crew on board, aided by two of his comrades, was hauling his boat up above the tide-mark.A light northerly breeze filled the yacht's sails and drew her gradually seaward. The figures of her crew dwindled to the size of a doll's, shrank with the increasing distance to the magnitude of insects, and at last, losing all individuality, became mere specks merged in the form of the fabric that bore them. At this point the visitors turned their faces inland and walked away up the beach, and the boatman, having opined that "she be fetchin' a tidy offing," dismissed the yacht from his mind and reverted to the consideration of a heap of netting and some invalid lobster-pots.

The Shadow of the Rope (Classic Reprint)

The Drums Of Jeopardy