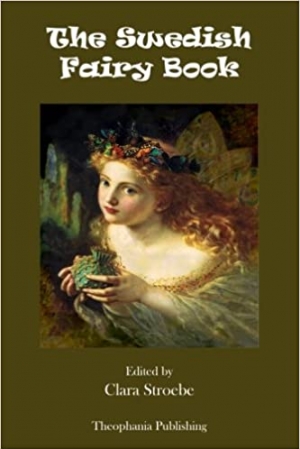 Thank you for checking out this book by Theophania Publishing. We appreciate your business and look forward to serving you soon.
Download book (pdf - 686.61 KB)
This link for educational purpose only. Please remove file from your computer after familiarization.

Thank you for checking out this book by Theophania Publishing. We appreciate your business and look forward to serving you soon. We have thousands of titles available, and we invite you to search for us by name, contact us via our website, or download our most recent catalogues. The following volume of Swedish fairy-tales represents a careful choice, after the best original sources, of those examples of their kind which not only appeared most colorful and entertaining, but also most racially Swedish in their flavor. For the fairy-tales of each of the three Scandinavian countries, Sweden, Denmark and Norway, have a distinct local color of their own. The wealth of material available has made it possible to give due representation to most types of fairy-tales, from the stories of older origin, the tales of giant, troll, and werewolf, to such delightful tales as "Lasse, My Thrall", and "The Princess and the Glass Mountain," colored with the rich and ornate stylistic garb of medieval chivalric poesy. There has been no attempt to "rewrite" these charming folk-and fairy-tales in the translation. They have been faithfully narrated in the simple, naive manner which their traditional rendering demands. And this is one reason, perhaps, why they should appeal to young American readers for young America by instinct takes kindly to that which is straightforward and sincere, in the realm of fairy-tale as in life itself.

If You Touch Them They Vanish

The Brownies: Their Book

The Royal Book of Oz

The Book of the Thousand Nights and a Night, vol 16

The Story of the Three Little Pigs