The Tears of Re: Beekeeping in Ancient Egypt Sented by Sarah Gerdes 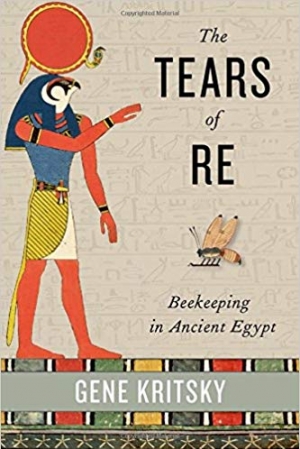 This richly illustrated work appeals to a broad range of interests. For archeology lovers, Kritsky delves into the archeological evidence of Egyptian beekeeping and discusses newly discovered tombs, as well as evidence of manmade hives. Linguists will be fascinated by Kritsky's discussion of the first documented written evidence of the honeybee hieroglyph. And anyone interested in ancient Egypt or ancient cultures in general will be intrigued by Kritsky's treatment of the first documented beekeepers. This book provides a unique social commentary of a community so far removed from modern humans chronologically speaking, and yet so fascinating because of the stunning advances their society made. Beekeeping is the latest evidence of how ahead of their times the Egyptians were, and the ensuing narrative is as captivating as every other aspect of ancient Egyptian culture.

Marine Genetic Resources, R&D and the Law 1 Complex Objects of Use

The Essential Guide to HTML5: Using Games to learn HTML5 and JavaScript

The Essential Teachings of Zen Master Hakuin: A Translation of the Sokko-roku Kaien-fusetsu

Research for a Future in Space: The Role of Life and Physical Sciences

A Tale of the Unknown Unknowns

The Little Book of House Plants and Other Greenery.

The Third Lens: Metaphor and the Creation of Modern Cell Biology

The Nature Fix: Why Nature Makes us Happier, Healthier, and More Creative

Biobanking in the 21st Century

Adaptation in the Age of Media Convergence

How to Write a Better Thesis

The Everyday Life of an Algorithm

Men Are from Mars, Women Are from Venus: The Classic Guide to Understanding the Opposite Sex

Finding Purpose in a Godless World: Why We Care Even If the Universe Doesn't
Book Detail
Category Author
Latest Downloads