The Tinted Venus Sented by Cameron 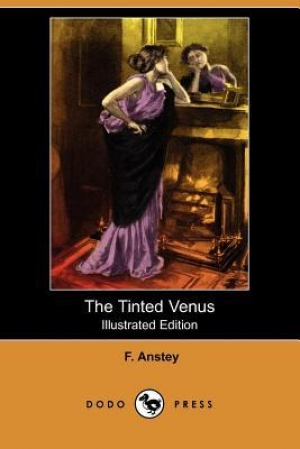 An engagement ring can't bring a statue to life -- can it? The goddess Aphrodite reanimates an ancient statue and fastens herself on to a foolish hair-dresser in London--the grandeurs of classical paganism and the banalities of our common modern life in ludicrous opposition.
Download book (pdf - 860.32 KB)
This link for educational purpose only. Please remove file from your computer after familiarization.

Thomas Anstey Guthrie (1856-1934), was an English novelist and journalist, who wrote his comic novels under the pseudonym F. Anstey. He was educated at King's College London and at Trinity Hall, Cambridge, and was called to the bar in 1880. But the popular success of his story Vice Versa (1882) with its topsy-turvy substitution of a father for his schoolboy son, at once made his reputation as a humorist of an original type. He published in 1883 a serious novel, The Giant's Robe; but, in spite of its excellence, he discovered that it was not as a serious novelist but as a humorist that the public insisted on regarding him. As such his reputation was further confirmed by The Black Poodle (1884), The Tinted Venus (1885), and A Fallen Idol (1886). Many of Anstey's stories have been adapted into theatrical productions and motion pictures. The Tinted Venus (1885) was adapted by S. J. Perelman, Ogden Nash, and Kurt Weill into One Touch of Venus in 1943.

The Romance of Golden Star

The Slayer of Souls

Household Stories by the Brothers Grimm

Caught By the Dragon: Maiden to the Dragon, Book 1

The Book of the Thousand Nights and a Night, vol 8

Programming for Computations - Python: A Gentle Introduction to Numerical Simulations with Python 3.6 Sented by Emma

C plus plus Primer, 5th Edition Sented by Shon