The Voice in the Fog Sented by Sarah Gerdes 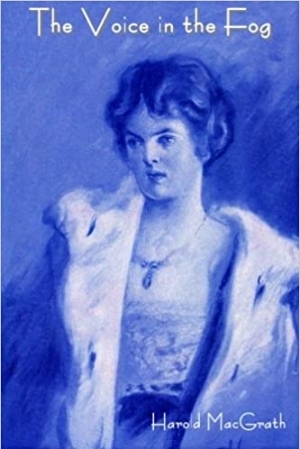 Harold MacGrath (September 4, 1871 - October 30, 1932) was a bestselling American novelist, short story writer, and screenwriter. Also known occasionally as Harold McGrath, he was born in Syracuse, New York. As a young man, he worked as a reporter and columnist on the Syracuse Herald newspaper until the late 1890s when he published his first novel, a romance titled Arms and the Woman… Writing novels for the mass market about love, adventure, mystery, spies, and the like at an average rate of more than one a year. He would have three more of his books that were among the top ten bestselling books of the year. At the same time, he penned a number of short stories for major American magazines such as The Saturday Evening Post, Ladies Home Journal, and Red Book magazine. Several of MacGrath's novels were serialized in these magazines and contributing to them was something he would continue to do until his death in 1932. (wikipedia.org) Excerpt of the title: Fog. A London fog, solid, substantial, yellow as an old dog's tooth or a jaundiced eye. You could not look through it, nor yet gaze up and down it, nor over it; and you only thought you saw it. The eye became impotent, untrustworthy; all senses lay fallow except that of touch; the skin alone conveyed to you with promptness and no incertitude that this thing had substance. You could feel it; you could open and shut your hands and sense it on your palms, and it penetrated your clothes and beaded your spectacles and rings and bracelets and shoe-buckles. It was nightmare, bereft of its pillows, grown somnambulistic; and London became the antechamber to Hades, lackeyed by idle dreams and peopled by mistakes.

A Voyage to the Moon

The Lady in the Looking Glass