The Wisdom of Father Brown Sented by Daniel 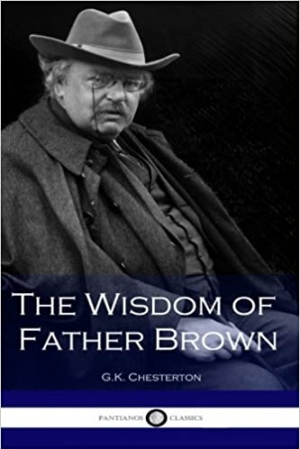 The Wisdom of Father Brown is the second book in the series of cases involving the eccentric yet competent detective.
Download book (epub - 600.89 KB)
This link for educational purpose only. Please remove file from your computer after familiarization.

The Wisdom of Father Brown is the second book in the series of cases involving the eccentric yet competent detective.

Invented by renowned author, essayist and journalist G. K. Chesterton, Father Brown is an amateur sleuth whose day job involves preaching to his congregation at church. Chesterton himself was a committed Christian who wrote volumes of essays and fiction surrounding faith and spirituality, and would base his Father Brown stories upon a priest - Father John O'Connor - he himself knew.

Despite its intention as a parody, the Father Brown books became a popular hit in early 20th century Britain as well as the USA. Today they remain a well-considered and much-liked classic series which fans of detective fiction return to more than a century after their original publication.

Characterised by his easily digestible style, ready use and exposure of paradox, and his use of wit and humour to advance argument, Chesterton's fiction and non-fiction writings on the topics of human behaviour and wider society remain relevant and poignant to this day.

Pilgrims to the Pecos

The Night at Chancellorsville

Solitude Ripples From The Past Sented by Emma