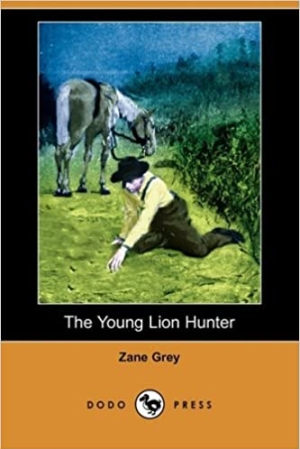 Ken Ward, the hero of The Young Forester, and his younger brother spend an exciting summer hunting mountain lions in the Grand Canyon of the Colorado.
Download book (pdf - 546.28 KB)
This link for educational purpose only. Please remove file from your computer after familiarization.

(Pearl) Zane Grey (1872-1939) was an American author best known for his popular adventure novels and pulp fiction that presented an idealized image of the rugged Old West. He became especially interested in the West in 1907, after joining a friend on an expedition to trap mountain lions in Arizona. Grey wrote steadily, but it was only in 1910, and after considerable efforts by his wife, that his first western, Heritage of the Desert, became a bestseller. It propelled a career writing popular novels about manifest destiny and the "conquest of the Wild West. " Two years later he produced his best-known book, Riders of the Purple Sage (1912). He became one of the first millionaire authors. Over the years his habit was to spend part of the year travelling and living an adventurous life and the rest of the year using his adventures as the basis for the stories in his writings. His other works include: Betty Zane (1903), The Young Pitcher (1911), The Border Legion (1916), Wildfire (1917), To the Last Man (1922) and The Day of the Beast (1922).

The Day of the Beast

The Cruise of the Dazzler

The Mutiny of the 'Elsinore' by Jack London, Fiction, Action & Adventure