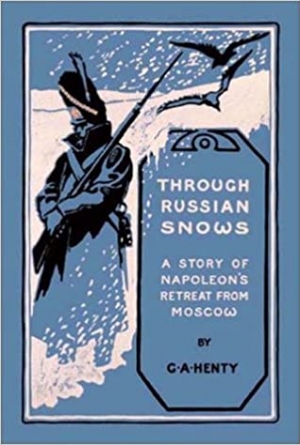 The hero, Julian Wyatt, after several adventures with smugglers, by whom he is handed over a prisoner to the French, regains his freedom and joins Napoleon's army in the Russian campaign, and reaches Moscow with the victorious Emperor. Then, when the terrible retreat begins, Julian finds himself in the rearguard of the French army, fighting desperately, league by league, against famine, snow-storms, wolves, and Russians. Ultimately he escapes out of the general disaster, after rescuing the daughter of a Russian Count, makes his way to St. Petersburg, and then returns to England. A story with an excellent plot, exciting adventures, and splendid historical interests.

Through the Dragon Glass