Under the Andes Sented by Jacob 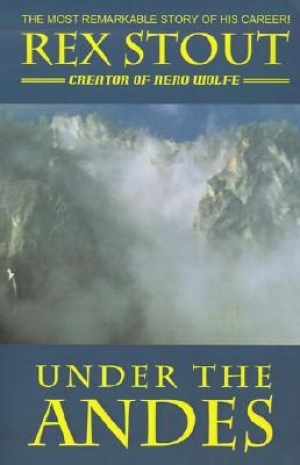 This early novel by Rex Stout follows two men and a woman on a vacation in the Andes . . . a vacation which takes them to a lost world beneath the mountains!
Download book (pdf - 1.05 MB)
This link for educational purpose only. Please remove file from your computer after familiarization.

Under the Andes is an early novel by Rex Stout, first published in the All-Story Magazine in 1914. Temptress Desirée Le Mire and brothers Paul and Harry Lamar search for lost treasure in a mysterious cave. They encounter Incas who have been deformed by living underground. Rex Stout was an American crime writer best known for creating the character Nero Wolfe. During the Great Depression, he was an enthusiastic supporter of the New Deal. He was an original board member of the American Civil Liberties Union. Rex Stout, like many other writers, was closely watched by the FBI during the McCarthy era

Addresses on the Revised Version of Holy Scripture

The Definitive Guide to MongoDB Sented by Shon