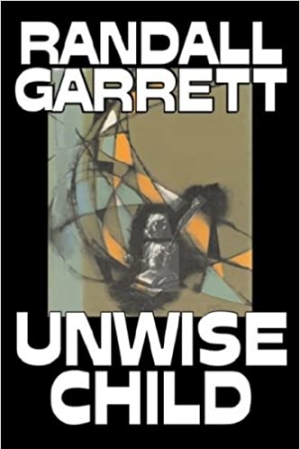 Dr. Fitzhugh looked out over the faces of the crewmen. "The whole thing can be summed up very quickly," he said.
Download book (epub - 533.71 KB)
This link for educational purpose only. Please remove file from your computer after familiarization.

Dr. Fitzhugh looked out over the faces of the crewmen.

"The whole thing can be summed up very quickly," he said.

"Point one: Snookums' brain contains the information that eight years of hard work have laboriously put into it. It's worth billions, so the robot can't be disassembled, or the information would be lost.

"Point two: Snookums' mind is a strictly logical one, but it is operating in a more than logical universe. Consequently, it is unstable.

"Point three: Snookums was built to conduct his own experiments. To forbid him to do that would be similar to beating a child for acting like a child.

"Point four: Emotion is not logical. Snookums can't handle it, except in a very limited way.

"It all adds up to this: Snookums must be allowed the freedom of the ship."

Every one of the men was thinking dark gray thoughts. It was bad enough that they had to take out a ship like the Branchell, untested as she was. Was it necessary to have an eight-hundred-pound, moron-genius child-machine running loose, too?

Mike the Angel -- M.R. Gabriel, Power Design -- has devised the power plant that is to propel the space ship Branchell to its secret destination, complete with its unusual cargo. And, as a reserve officer in the Space Patrol, Mike is a logical replacement for the craft's unavoidably detained engineering officer.

But once into space, the Branchell becomes the scene of some frightening events -- the medical officer is murdered, and Snookums appears to be the culprit. Mike the Angel indulges himself in a bit of sleuthing, and the facts he turns up lead to a most unusual climax.

A Bottle of Old Wine Sented by Rebecca