Use of Weapons Sented by Jacob 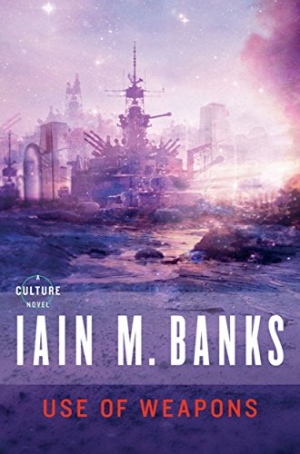 Download book (epub - 361.55 KB)
This link for educational purpose only. Please remove file from your computer after familiarization.

The man known as Cheradenine Zakalwe was one of Special Circumstances' foremost agents, changing the destiny of planets to suit the Culture through intrigue, dirty tricks and military action.The woman known as Diziet Sma had plucked him from obscurity and pushed him towards his present eminence, but despite all their dealings she did not know him as well as she thought.The drone known as Skaffen-Amtiskaw knew both of these people. It had once saved the woman's life by massacring her attackers in a particularly bloody manner. It believed the man to be a lost cause. But not even its machine could see the horrors in his past. Ferociously intelligent, both witty and horrific, USE OF WEAPONS is a masterpiece of science fiction.

‘A Course of Severe and Arduous Trials’

Access to Knowledge in the Age of Intellectual Property

Style and Rhetoric of Short Narrative Fiction: Covert Progressions Behind Overt Plots (Routledge Studies in Rhetoric and Stylistics)

4000 Years of Migration and Cultural Exchange

Alternative Historiographies of the Digital Humanities

Alleys of Your Mind

A typology of marked-S languages

On the Old Road, Vol. 2 (of 2) A Collection of Miscellaneous Essays and Articles on Art and Literature

Africa, the Cradle of Human Diversity

Ambiguous Citizenship in an Age of Global Migration

The Little Book of Clarity: A Quick Guide to Focus and Declutter Your Mind
Book Detail
Category Author
Latest Downloads