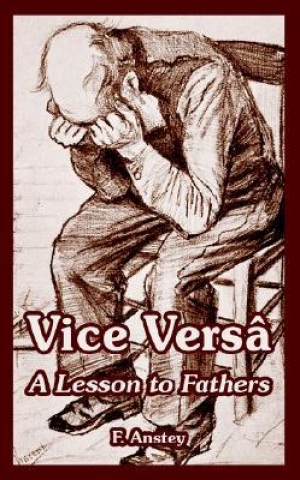 A boy and his father magically switch bodies. Has been adapted for the screen four times
Download book (pdf - 1.21 MB)
This link for educational purpose only. Please remove file from your computer after familiarization.

Set in Victorian times, the novel concerns business man Paul Bultitude and his son Dick. Dick is about to leave home for a boarding school which is ruled by the cane wielding headmaster Dr. Grimstone. Bultitude, seeing his son's fear of going to the school, foolishly says that schooldays are the best years of a boy's life, and how he wished that he was the one so doing.

At this point, thanks to a handy magic stone brought by an uncle from India which grants the possessor one wish, they are now on even terms. Dick, now holding the stone, is ordered by his father to turn him back into his own body, but Dick refuses, and decides instead to become his father, and so the fun begins. Mr. Bultitude has to begin the new academic term at his son's boarding school, while Dick gets a chance to run his father's business in the City. In the end, they are both restored to their own bodies, with a better understanding of each other.