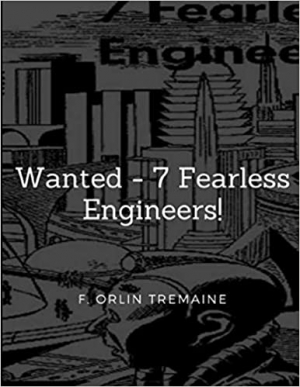 F. Orlin Tremaine (January 7, 1899 - October 22, 1956) was an American science fiction editor. Tremaine became the second editor of Astounding Science Fiction in 1933 following the magazine's purchase by Street and Smith when William Clayton went bankrupt. Tremaine remained editor until 1937, when he was succeeded by John W. Campbell, Jr.. Upon leaving Astounding, Tremaine was appointed Editorial Director of Street and Smith for a year. He then formed his own company and produced the short-lived science fiction magazine Comet Stories. Prior to editing Astounding, Tremaine had worked as an editor on several other magazines, including Brain Power (1921-1924) and True Story (1924). In addition, he published short stories under the pseudonym Orlin Frederick. During the fifty issues of the magazine he published, Tremaine set Astounding up as the pre-eminent science fiction magazine and launched the careers of authors including L. Sprague de Camp and Eric Frank Russell.