With Buller in Natal Sented by Luis 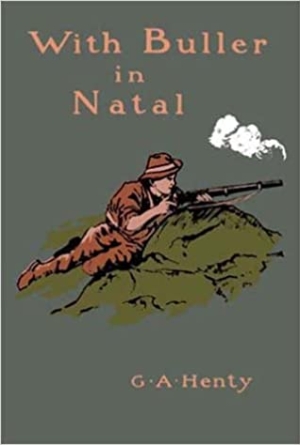 With Buller in Natal

The breaking out of the Boer War compelled Chris King, the hero of the story, to flee with his mother from Johannesburg to the sea coast. They were with many other Uitlanders, and all suffered much from the Boers. Reaching a place of safety for their families, Chris and twenty of his friends formed an independent company of scouts. In this service they were with Gen. Yule at Glencoe, then in Ladysmith, then with Buller. In each place they had many thrilling adventures. They were in the great battles and in the lonely fights on the Veldt; were taken prisoners and escaped; and they rendered most valuable service to the English forces. The story is a most interesting picture of the War in South Africa.

With Clive in India

With Beatty off Jutland

The Lady With The Dog And Other Stories

He Fell in Love With His Wife

With Lee in Virginia

With Wolfe in Canada

With No Strings Attached

Within A Budding Grove

''Over There'' with the Australians

The New Testament - Translated From the Original Greek, With Chronological Arrangement of the Sacred Books, and Improved Divisions of Chapters and Verses
Book Detail
Category Author
Latest Downloads