World Of The Drone Sented by Sarah Gerdes 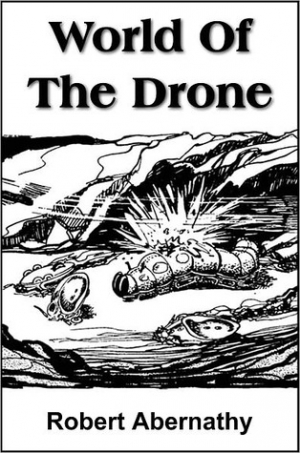 World Of The Drone

World Of The Drone appeared in the January 1955 issue of Imagination Stories of Science and Fantasy.
Download book (epub - 575.33 KB)
This link for educational purpose only. Please remove file from your computer after familiarization.

World Of The Drone appeared in the January 1955 issue of Imagination Stories of Science and Fantasy.

Dworn knew that if his machine failed him in battle he would die. For men fought each other viciously, with no bond of brotherhood, in this—World Of The Drone.

The beetle woke from a dreamless sleep, yawned, stretched cramped limbs and smiled to himself. In the west the sunset's last glow faded. Stars sprang out in the clear desert sky, dimmed only by the white moon that rose full and brilliant above the eastern horizon.

Robert Abernathy was an American science fiction author during the 1940s and 1950s. He was known primarily for his short stories which were published in many of the pulp magazines that flourished during the Golden Age of Science Fiction. Many of his stories have been included in various anthologies of classic science fiction.

The Mark of Zorro: The Curse of Capistrano

Brood of the Dark Moon: