Yellow-Cap and Other Fairy-Stories For Children Sented by Carlos 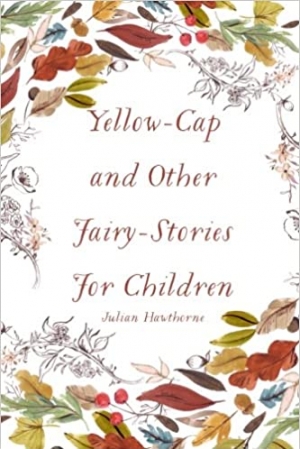 Yellow-Cap and Other Fairy-Stories For Children

Julian Hawthorne was practically born to write; after all, his father, Nathaniel, was and remains considered one of America's greatest novelists. While Julian would obviously never reach the same heights or popularity enjoyed by his father, he also wrote a bunch of works, including this one.
Download book (pdf - 752.25 KB)
This link for educational purpose only. Please remove file from your computer after familiarization.

AN APPANAGE OF ROYALTY. A good many years ago—before Julius Cæsar landed at Dover, in fact, and while the architect's plans for Stonehenge were still under consideration—England was inhabited by a civilised and prosperous people, who did not care about travelling, and who were renowned for their affability to strangers. The climate was warm and equable; there were no fogs, no smoke, no railways, and no politics. The Government was an absolute monarchy; one king, who was by birth and descent an Englishman, lived in London all the year round; and as for London, it was the cleanest, airiest, and most beautiful city in the whole world. A few miles outside of the city walls lay a small village called Honeymead. It had some fifteen or twenty thatched cottages, each with its vegetable garden and its beehives, its hencoop and its cowshed. Around this village fertile meadows spread down to the river banks, bringing forth plenteous crops for the support of the honest and thrifty husbandmen who tilled them. There was only one public-house in the place, and the only drink to be had there was milk. A case of drunkenness was, consequently, seldom heard of; though, on the other hand, women, girls, and even small children might be seen lingering about the place as well as men. This public-house was called the Brindled Cow, and it was kept by a young woman whose name was Rosamund. She was the prettiest maiden in the village, as well as the most good-natured and the thriftiest; though she had a keen tongue of her own when occasion demanded. As might be supposed, all the young men in the neighbourhood were anxious to marry her; but she gave them little or no encouragement. She used to tell them that she was well able to take care of herself, so what good would a husband be to her? She didn't want to support him, and she didn't need his support. It was better as it was. As for falling in love, that was a thing she couldn't pretend to understand; but her maiden aunt had once told her that it was more bother than it was worth, and she thought it very likely. Moreover, if by any accident she should one day happen to fall in love, she would take great care that it should not be suspected, because the man she loved would then become so puffed up with conceit there'd be no bearing him

Jack and the Bean-Stalk English Hexameters

Welsh Fairy-Tales and Other Stories

Vrenna and the Red Stone and Other Tales

Oswald Bastable and Others